The US and Canada have named their athletes to compete in canoe and kayak events at the 2016 Summer Olympic Games in Rio.

Out of those named for the sprint team, three medalists from the London 2012 Summer Olympic Games will be headed to Rio. One of the most notable names in the sport is four-time Olympic medalist and Ontario native Adam van Koeverden. This will be van Koeverden’s fifth games. Olympic bronze medalists Mark de Jonge and Mark Oldershaw were also named.

The women’s kayak team will be led by French Canadian Émilie Fournel in her third Olympic Games.

Canada’s full roster and events for the summer games is: 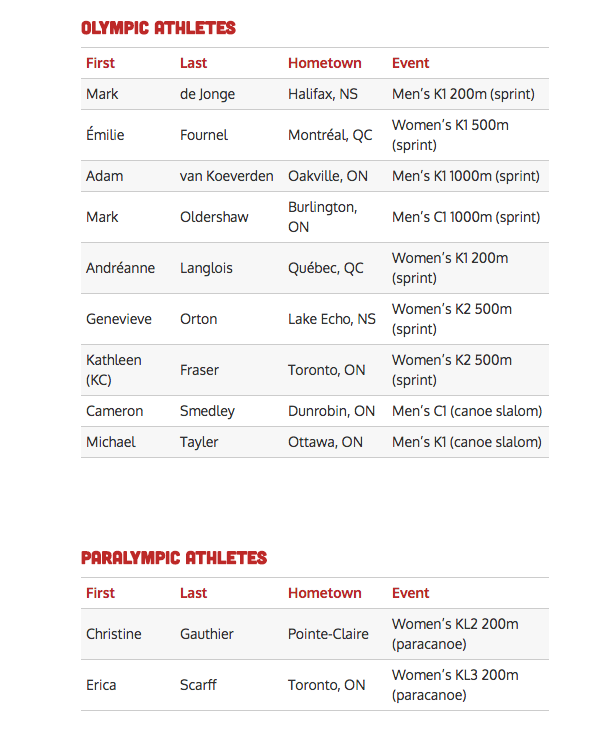 RELATED: A video on the sport of sprint canoe and kayak

Alana Nichols and Kelly Allen have both qualified for the US Paralympic Team. Nichols is the first women to win gold medals in both the summer and winter Paralympic Games for alpine skiing and wheelchair basketball. Paracanoe will be her third sport at her fifth Paralympics.

The canoe slaslom competition will take place August 7 to 11, the sprint events August 15 to 20 and paracanoe events September 14 to 15.