In celebration of the 10th anniversary of the Reel Paddling Film Festival, we checked back with a few filmmakers whose films we’ve featured over the past ten years. You can find more stories on past filmmakers in the pages of our Early Summer issue to catch up with them and find out what they’ve been up to since their films embarked on our annual world tour.

The Film: This is the Sea 1-5
Exotic expeditions, talented paddlers and plenty of rough water, This is the Sea pioneered the action sea kayaking genre. If you’ve never seen these feature-length films, pick up the box set. A quintessential series for sea kayaking junkies—enough said. 2004–2013; cackletv.com

Before there was GoPro, YouTube or the Reel Paddling Film Festival, there was Justine Curgenven.

In 2004, This is the Sea redefined sea kayaking as an action-packed adventure sport, and established Curgenven as a sassy up-and-comer. (Remember the film’s opening scenes? Curgenven and her all-female crew surf into sight wearing bikinis and fake beards—an irreverent, pass-the-torch-pretty-please nod to ocean kayaking’s crusty, male-dominated image.)

By bringing rough water paddling and remote trips to the attention of mainstream sea kayakers, Curgenven’s debut DVD led some admirers to dub her the “Warren Miller of sea kayaking.”

“It’s nice to think I’ve been a catalyst for people believing in their dreams,” she says.

Led by little more than a positive attitude and a love of kayaking and exploring, at age 23 Curgenven left a fledgling career as a TV news reporter to pursue her own dream. After several years writing to TV companies with ideas, she found herself running out of funds and steam. “I was tired of using all my energy failing to convince TV commissioners to give me a chance to make a film,” she recalls. “I figured if I filmed well-known sea kayakers and good stories, it would sell.”

Driven by a desire to show kayaking in a new light, Curgenven sourced equip- ment that could get in-your-face action cam shots four years before GoPro did the same. “It was cumbersome and broke down a lot but it gave groundbreaking angles,” she says of the contraption.

The film’s timing was perfect. In the 11 years since, Curgenven has produced four This is the Sea sequels, completed expeditions (and films) in New Zealand, Kamchatka, Patagonia and Alaska to name just a few, and made forays into paddling with a single blade for This is Canoeing (2010) and Greenland-style for This is the Roll (2012). She’s also swept the field with six category wins at the Reel Paddling Film Festival and screened a total of 10 films on the World Tour, making her without any overstatement the most prolific sea kayak filmmaker ever.

“I feel really lucky that these films have allowed me to make a living doing exactly what I want to do,” Curgenven says. “I work harder than I would if I had a regular job, but it’s given me the opportunity to go on any personal trip that I could dream up and meet some really interesting characters.”

Most recently, she joined Sarah Outen for the final sea kayaking leg of Outen’s round-the-world expedition—a 2,500-kilometer epic along the fantastically re- mote and stormy Aleutian Islands. That odyssey became the foundation for Curgenven’s new film, Kayaking the Aleutians.

With so many miles behind the lens, there have been times when her enthusi- asm for filming has waned. On the theory that sometimes a change is as good as rest, she brushed up on new skills for This is Canoeing. “The chance to go on a 13-day trip down the Mountain River in the Northwest Territories did wonders for my work ethic,” she laughs.

Ever perceptive of the vagaries of her market, Curgenven says she doesn’t see another This is the Sea DVD in the future. Because of the explosion of social  media and free online content, “a new title today sells less than half the number of DVDs as a title 10 years ago,” she notes. For this reason, her next projects will be instructional films, which currently enjoy higher sales: This is the Roll 2 and a guide for planning your own multi-day trips and expeditions.

“Things change quickly,” she says, “I have to change with the times to keep making my living this way.” 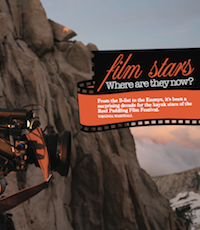 This article first appeared in the Early Summer 2015 issue of Adventure Kayak magazine. To catch up with more Reel Paddling Film Festival filmmakers, subscribe to Adventure Kayak’s print editions and digital editions, download issues on your device or view this issue for free on your desktop here.