Sea kayaker and conservationist, Naude Dreyer, is no stranger to dealing with wild, uncooperative seals and sea lions. Through the work of the Ocean Conservation Namibia (OCN) non-profit organization, he and his team have rescued hundreds—if not thousands—of seals from human-caused ocean debris.

[ Also watch: Adorable Seal Catches A Ride On A Kayak ]

After viewing so many successful seal and sea lion rescues, one could assume that the art of capturing these semiaquatic creatures (in order to free them from their respective ailments) would be second nature to Dreyer. But even with a skill set as close to “expert” as it gets (on dry land), when you add in a kayak and ocean current, well, that’s a whole other beast.

“It’s seldom that we can actually get close enough to the entangled animals in the water to grab them,” said Dreyer. He explained that this was actually the fifth attempt to save this one Cape Fur Seal (eared seal). The seal “gave up a good fight,” Dryer explained, but in the end, the intervention was a success.

Watch the full video of the rescue below. 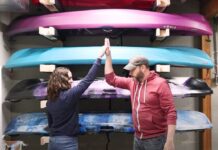 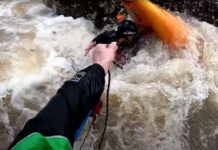 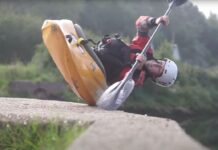 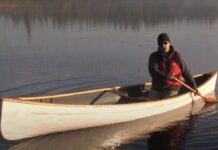 Back To Basics: Canoeing J-Stroke Vs. Goon Stroke (Video)