It’s a boat at the heart of many campfire tales told along the Grand Canyon. Photographed here in 1979 by Rudi Petschek, it was four years before this 17-foot wooden dory was propelled into the glory books for the fastest descent of the Grand Canyon.

This June marks 35 years since the Emerald Mile’s celebrated speed record. Most boaters will be familiar with the bare bones of the record-breaking run, immortalized in Kevin Fedarko’s 2013 bestseller, The Emerald Mile. Rapid snowmelt in June of 1983 created the highest water in the Grand Canyon in 25 years, the likes of which hadn’t been experienced since before Glen Canyon Dam was built.

Hoping to ride the surge 277 miles downstream and best the then-record of 48 hours, Captain Kenton Grua—at the oars in this photo—rounded up fellow guides, Petschek and Steve Reynolds. The trip was illegal and ill-advised given the flows. Unbeknownst to the trio, a four-ton motorized raft had flipped and resulted in a fatality less than 24 hours prior to their launch.

The three veteran guides departed Lees Ferry and paddled around the clock, switching off at the oars. The run wasn’t without mishaps—the trio had a nasty swim at Crystal Rapid— but they rolled into Lake Mead 36 hours, 38 minutes and 29 seconds later.

The record stood until 2016 when it was bested by two separate groups in sea kayaks. What Petschek remembers most from his 36-hour odyssey in 1983 was the turbulence of the water.

“It was a totally new experience. The highest water we would regularly see was maybe 30,000 cfs,” he says of the 72,000 cfs current. “It was humbling.” Petschek has run the canyon 94 times, mostly over a 20-year period working as a guide.

The last time I went down was about four and a half years ago, but I didn’t row my own boat because I was 80,” he says. In his almost 50 years of traveling the river, two of the biggest changes Petschek says he’s seen are in the greater erosion of the river’s beaches and an increase in regulations.

The Grand Canyon has stayed in my heart, as it stays one of the most important experiences in the lives of river guides

Another big change is in the type of trip offered by outfitters. “As the river companies raise their rates for more profit, they got thinking people needed more pampering to justify the price,” says Petschek. “There’s a lot of pampering on Grand Canyon river trips nowadays, which was not existent in the early ‘70s. We used to make do with what we had, and we sometimes ran out of supplies partway through the trip because we didn’t want to carry the weight.”

The Grand Canyon has stayed in my heart, as it stays one of the most important experiences in the lives of river guides,” says Petschek. “It’s a multi-dimensional experience. It’s the outdoors living, the scenery, the geography, the river, our special boats, the guides, the whitewater and the satisfaction of providing the experience to guests.”

Petschek, now approaching 85, says his Grand Canyon days are finally behind him. 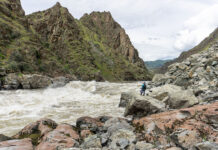 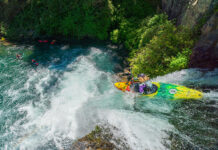 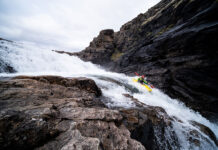