This summer, Karl Kruger drove north until he ran out of road at Tuktoyaktuk, a tiny hamlet at the edge of the Arctic Ocean. With his windshield framing a view of the Beaufort Sea and an 18-foot SUP on his roof, he likely found it to be a familiar feeling.

He was here before, after all. Kruger made the same drive in 2019, planning to paddle 1,900 miles east through the Northwest Passage. But he aborted before setting out due to what he calls “unfinished psychological business.”

In short, his professional and personal life were in disarray. Kruger doesn’t paddle to get away from things; he paddles to get closer to things—nature, mostly, and maybe himself—so he turned around and waited until he was ready. 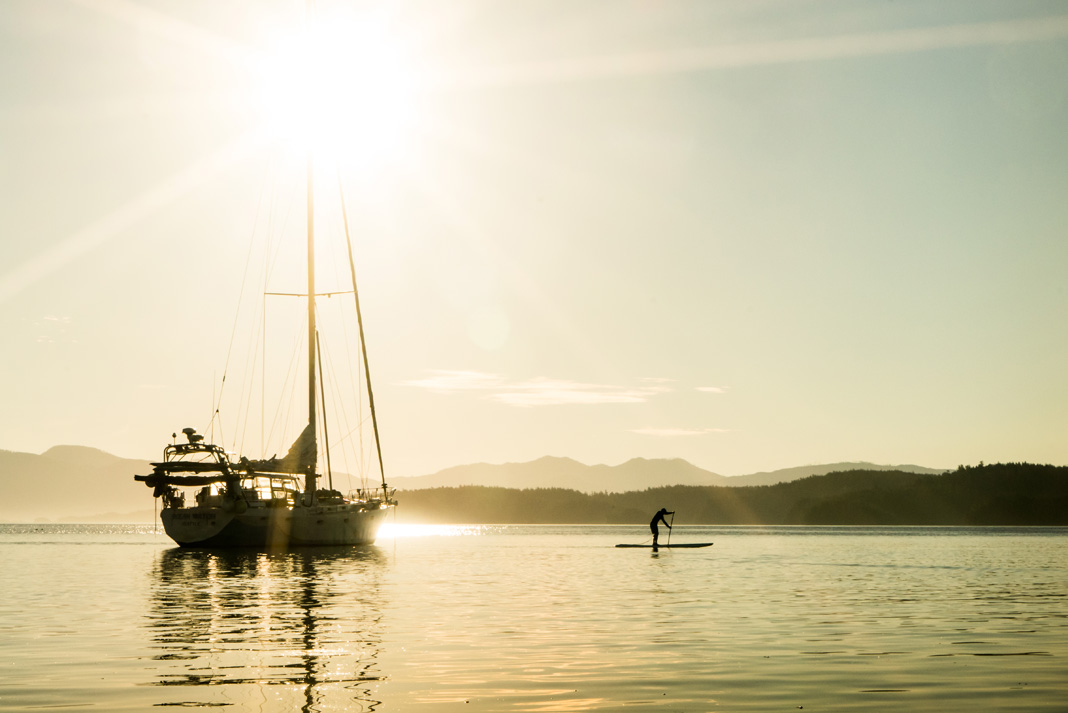 Karl Kruger On The Transcendental Nature Of Paddleboarding

Kruger has spent the last two years preparing, which meant clearing the mental decks by finalizing a divorce and temporarily shutting down his construction business. His preparation was less about what he would take on his trip and more about what he wouldn’t take.

You could say he’s traveling light, both psychologically and provisionally, especially when put in a historical context.

In the 15th century, European explorers first started poking around Canada’s Arctic archipelago, looking for a way to Asia. The effort saw its nadir in 1849 when Sir John Franklin set off with 128 men aboard two 105-foot ships. The battle-tested ships were laden with, among other things,  8,000 tins of preserved food, 7,000 pounds of tobacco, 3,000 books, mahogany writing desks, engraved silverware and one pet monkey.

Compare to Kruger, with 75 pounds of gear strapped to his 29-pound board.

Franklin and his men all perished. Kruger likes his odds.

“I believe the less surface area you present for nature to work against, the better off you are,” says Kruger.

“Light equals fast,” says the former mountain guide. Kruger will use the light and fast alpine ethos in place of the siege mentality employed so stubbornly by the many multi-year expeditions conducted by the British Navy in the 19th century.

“I can exploit small leads in the ice and pull out onto the beach or ice very easily,” says Kruger. And pulling over is just what he plans to do.

Though his two-week effort in the 750-mile Race to Alaska up the Inside Passage in 2017 convinced Kruger he can sustain a pace of about 50 miles a day, he’s not out to set a speed record.

“I enjoy paddling, and also really enjoy pulling up on the beach and getting to know a place. When I finished the Alaska race, I asked, ‘Where can I go deeper, longer?’ I mentally roved the planet thinking about long stretches of water that would allow me to find solitude and wild places to explore. When the idea of the Northwest Passage came to me, it was like a lightning bolt,” says Kruger.

Regardless of his pace, Kruger knows he will need to stop paddling the first week of September. That’s about when the British Navy men would find a harbor to settle in for long winters stuck in the ice. Kruger, with only a SUP to worry about, will be unencumbered enough to make a quick getaway.

The Love And Madness Of Long-Distance Expeditions

Whether seeking riches, fame, or both, explorers have been attempting a route along the top of mainland Canada for centuries.

The Inuit didn’t employ archivists like the Hudson Bay Company of the 19th century nor publicists like the expeditions of the 21st, so it’s difficult to pinpoint early achievements.

The first known notable success was Peter Warren Dease and Thomas Simpson, two HBC men who led a 12-man, three-year trip by oar and sail. Overwintering inland between 1836-1839, they confirmed the navigable channel along the mainland between the Mackenzie River Delta in the west and the Boothia Peninsula base in the east (1,243 miles distant).

The first successful passage from the Atlantic to the Pacific through the Northwest Passage was by Norwegian Roald Amundsen between 1903-1906 aboard the 70-foot sloop named Gjoa, powered by sail and a 13-horsepower paraffin engine. Once conquered, the passage was viewed as a dead end, promising few riches to anyone. Whatever fame was available would have to be earned by pulling oneself by paddle.

1989–1992
Over four years, Haans Memminger paddled and sledged his kayak from Greenland to the Boothia Peninsula, traversing roughly the eastern half of the route. 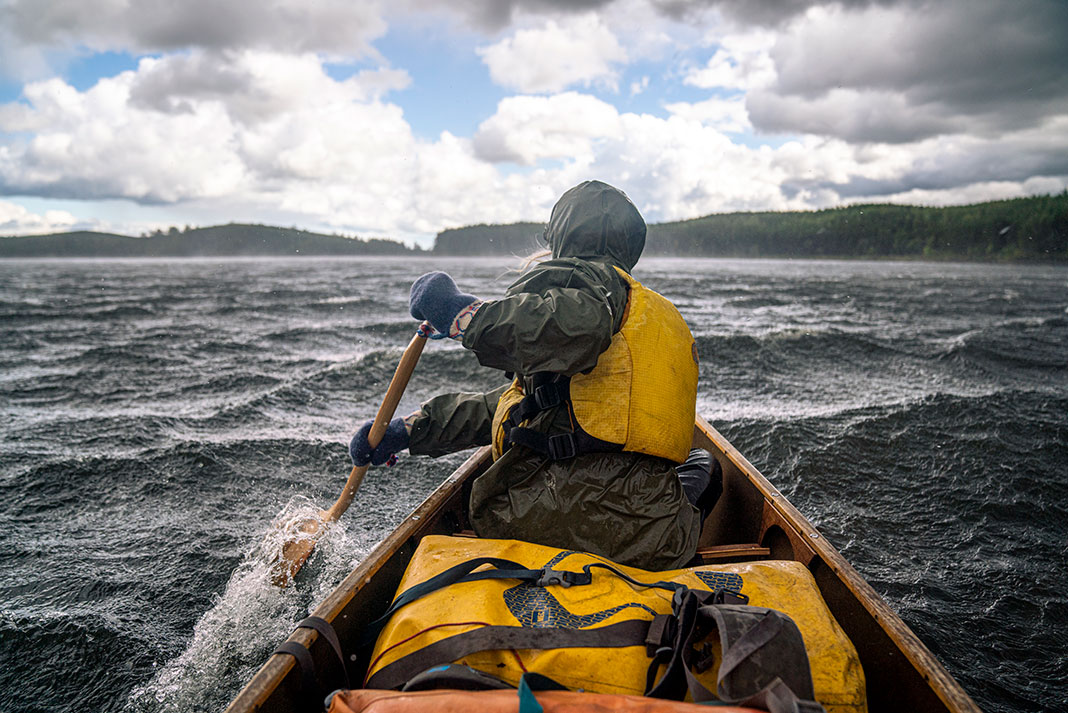 1990–1993
Don Starkell and Victoria Jason, both from Manitoba—which was where they started paddling, so full points for ambition—set out together to kayak the passage. They didn’t finish it together, but over the next four years both completed it. Starkell lost a few fingers and toes to frostbite during the effort.

1993
Paddling Magazine contributor Philip Torrens was 186 miles into his west-east passage when a polar bear attack convinced him to head back south.

2007
French sailor Sébastien Roubinet and one other crew member left Anchorage, Alaska, in Babouche, a 25-foot ice catamaran designed to sail on water and slide over ice. Following a four-month journey of 4,500 miles, Roubinet reached Greenland, completing the first Northwest Passage voyage made in one season without engine.

2010–2011
Mathieu Bonnier rowed solo from Greenland to Resolute the first summer, and then from Resolute to King William Island in 2011.

2013
Sebastien Lapierre and Olivier Giasson pushed a tandem sea kayak from Tuktoyaktuk to Gjoa Haven in just 60 days, but eventually ran into ice. 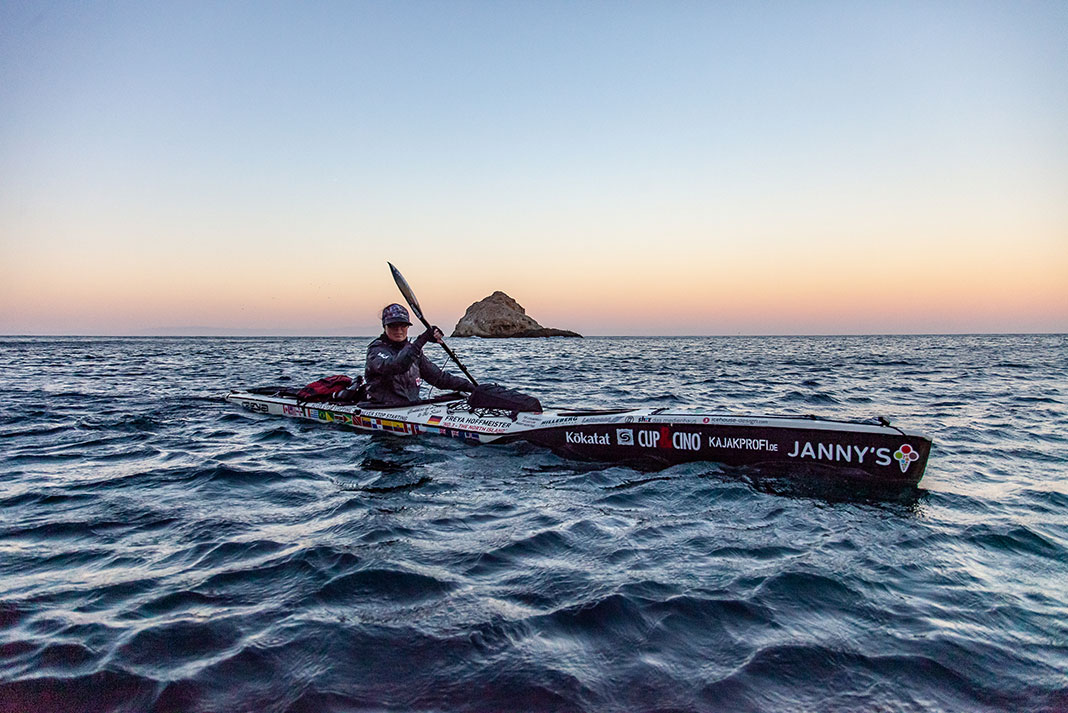 2022
Karl Kruger will have company on the passage this summer. Two other teams are attempting to paddle from Pond Inlet on Baffin Island west to the Beaufort Sea. The self-styled Arctic Cowboys trio led by adventurer West Hansen will be wrangling kayaks and attempting to become the first kayakers to paddle it in a single season. Meanwhile, a crew of 16 will cram into two 44-foot rowboats to attempt the route. Kruger can try waving but shouldn’t expect a shore lunch with the shift-work rowers. They don’t plan to stop.