The GoPro Mountain Games in Vail, Colorado, wrapped up on June 12 after four days of exciting whitewater events. The games saw four widely attended kayak races — the Steep Creek Championships, Kayak Freestyle, the Down River Sprint and the 8-Ball Sprint.

The Steep Creek Championship took place on June 9 with Nouria Newman from France winning the women’s category and Alec Voorhees from Idaho winning the men’s. The course was on Homestake Creek, a local secret for Vail-area kayakers until the early 2000s. Homestake Creek drops 480 feet per mile and athletes who reach the finish line of the ¼ mile creek fastest win. 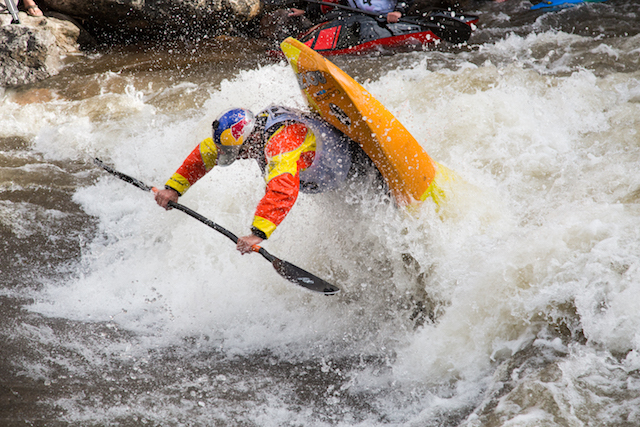 In the Down River Sprint on June 11, Joe Morley from the UK placed first in the men’s, and Jana Freeburn from Colorado came first in the women’s. The sprint is a 4-mile, class II-III timed paddle in rally-race format.

Looking to get into kayaking or upgrade your gear? See our Paddling Buyer’s Guide.