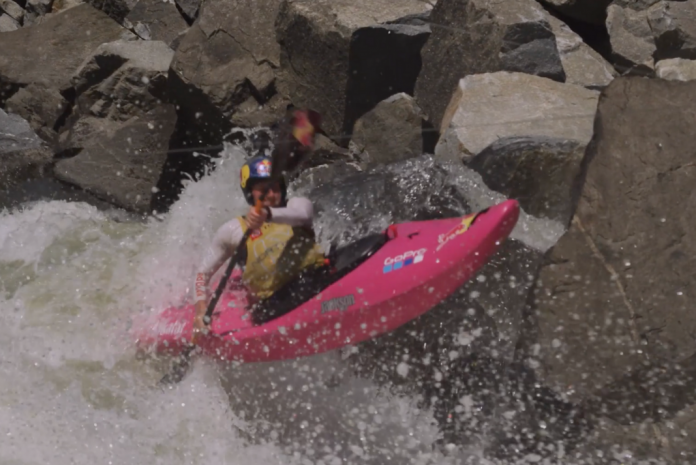 When the world’s best whitewater kayakers come together to race down some of the planet’s burliest rapids, you know you’re in for a good show.

The IX North Fork Championship did not disappoint. This summer’s event—informally coined “The Return”—felt monumental to athletes, spectators and organizers alike. Not only did we see the transition in event organization for James and Regan Byrd to the Voorhees family, but we also saw more female athletes representing than ever before.

To add a fresh layer of excitement, a huge boulder dropped into the meat of the infamous “Jacob’s Ladder” rapid, where the final races are held. As the event organizers put it, the hardest rapid got even harder.

“I think what we watch on Jacob’s Ladder, not just this NFC but all of NFCs—but especially this year with that new energy from being gone—is the harmony of the boat, the water and athleticism,” said Ryan Bailey, NFC Emcee & Banks, Idaho local.